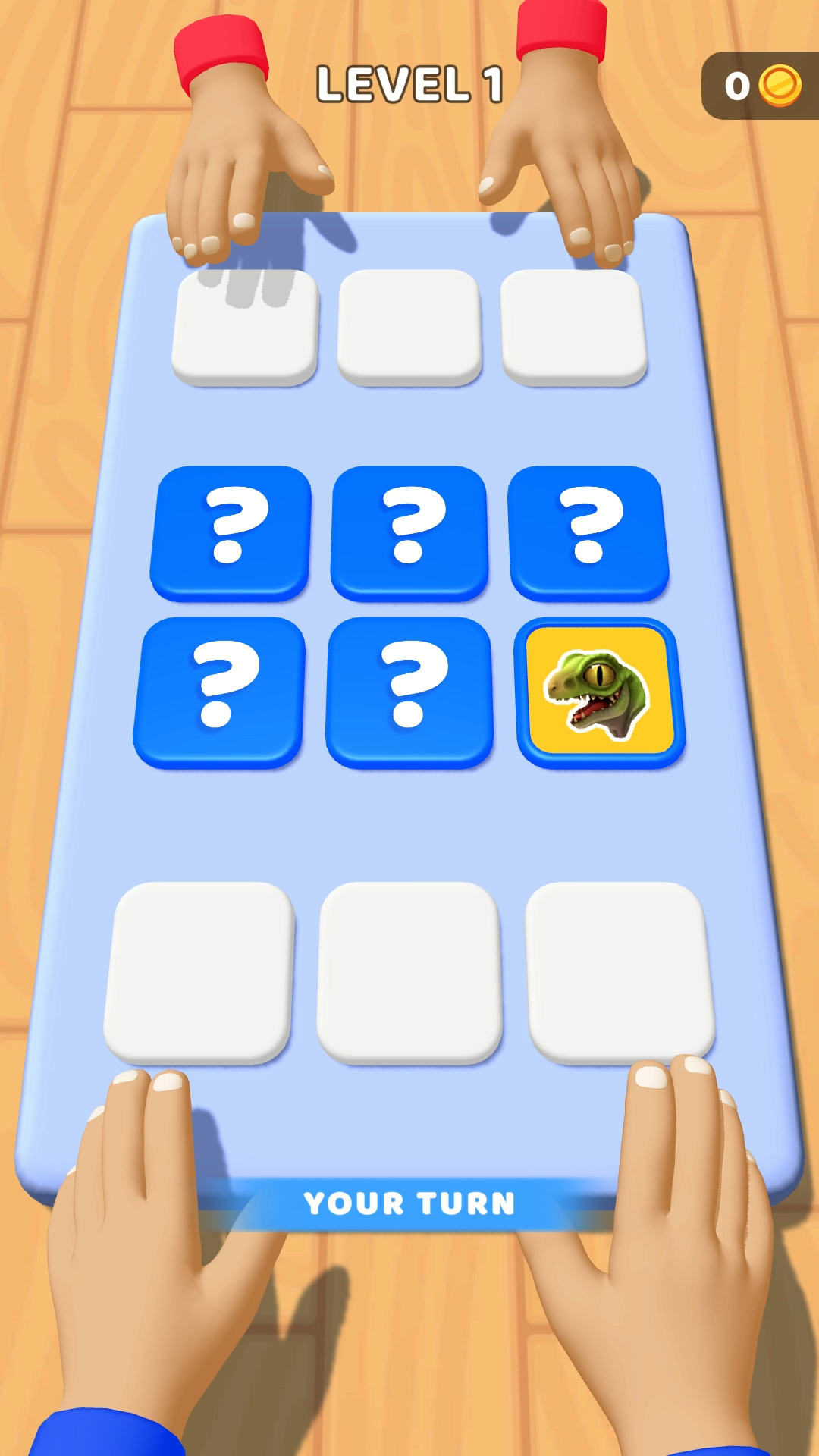 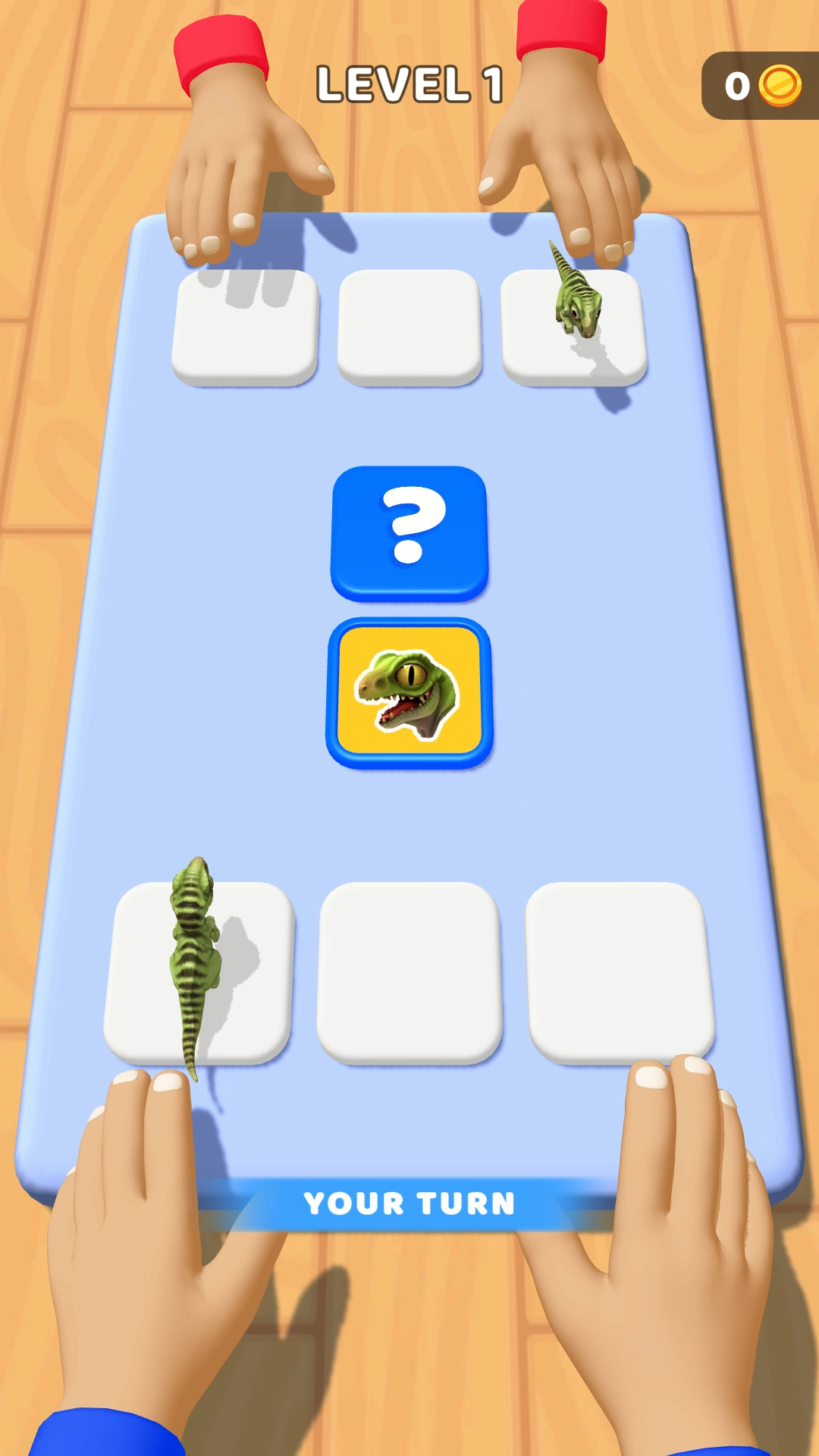 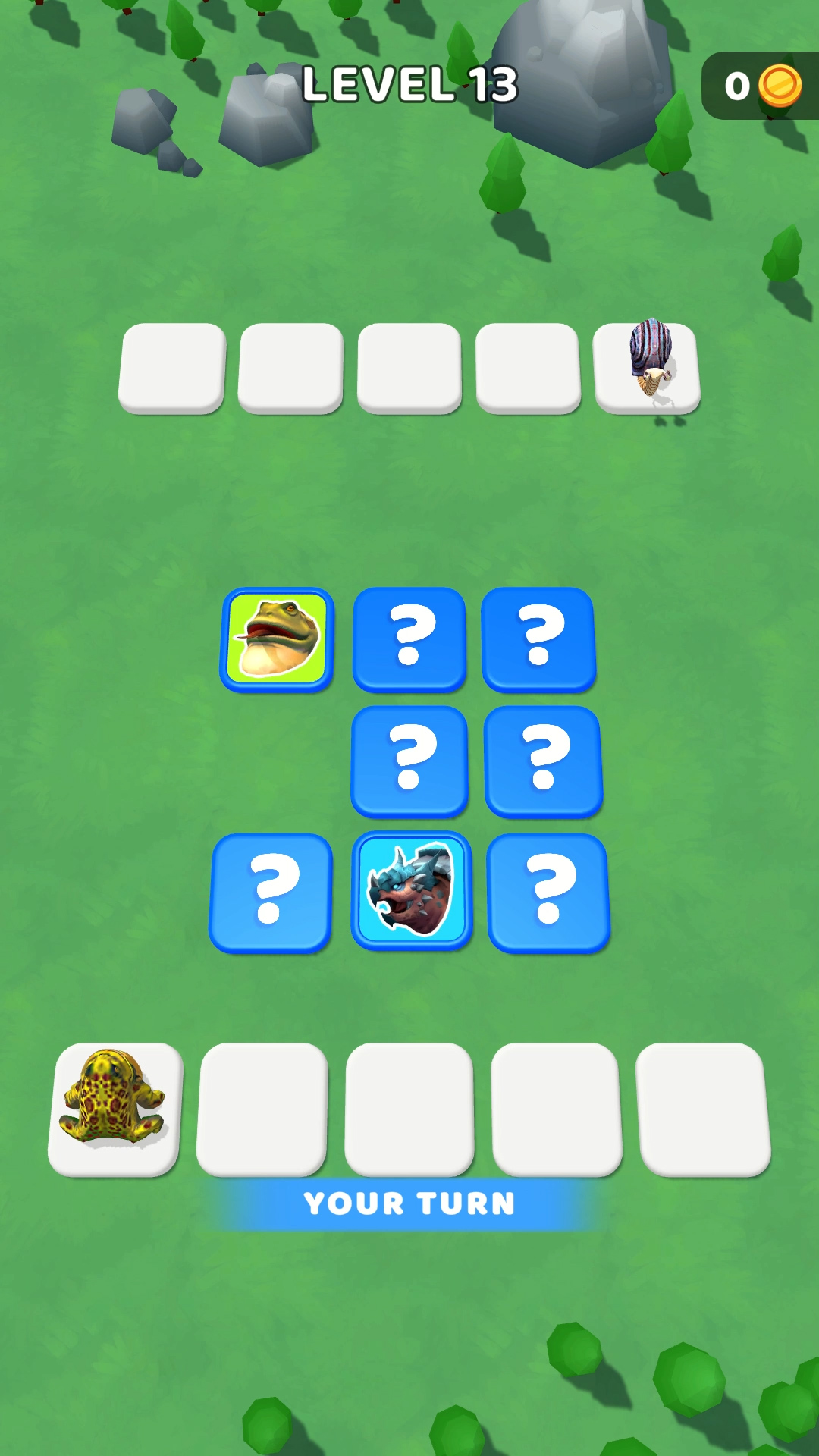 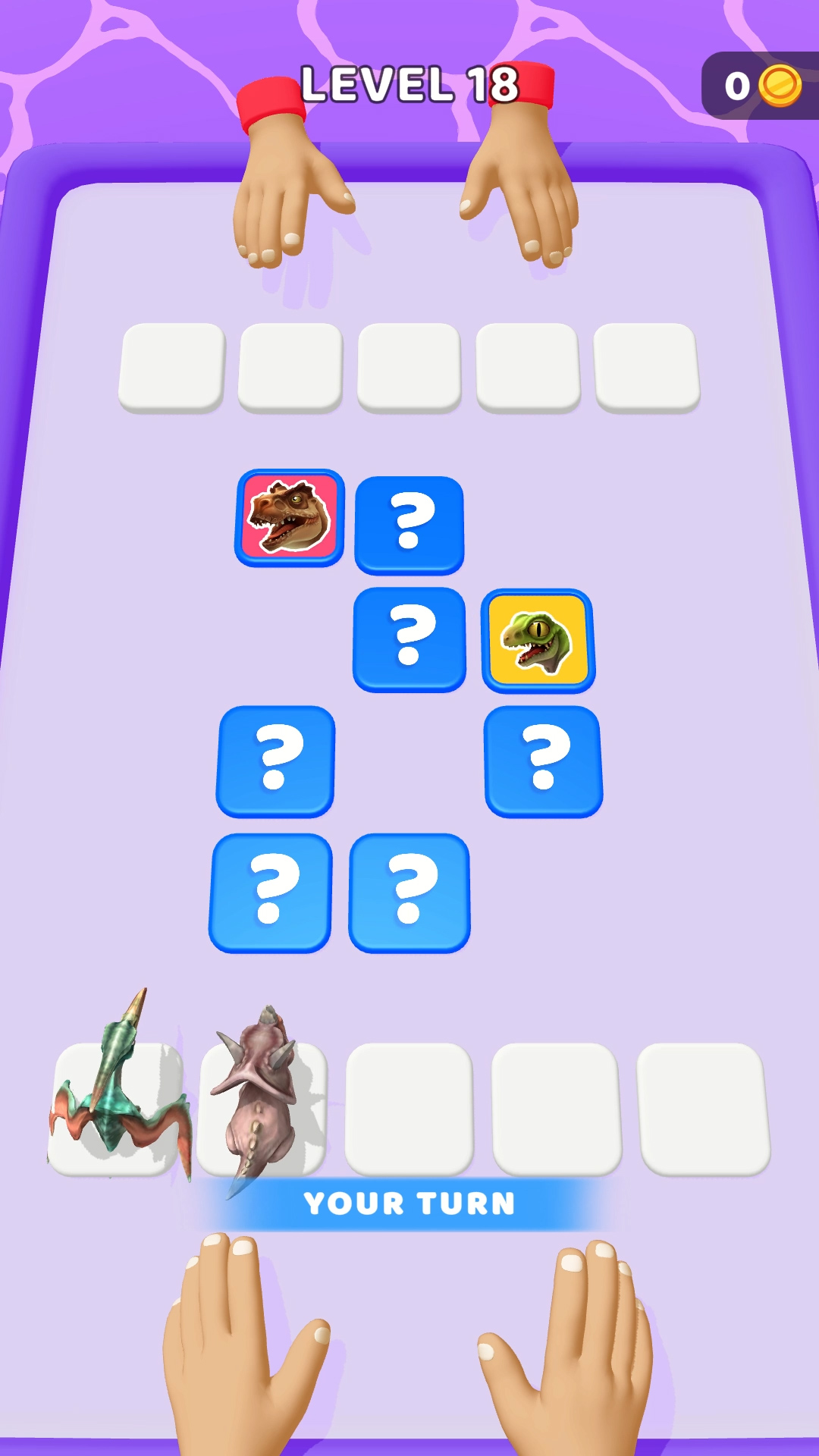 Memory Game: Match Battle – Memory puzzles are not only very exciting brainteasers, but interesting and entertaining, because they develop our attentiveness and thinking!

Everything in this game is very simple – u have a certain number of cards and one opponent in front of you! Cards are faced down. For a few seconds they turn over and your task is to remember the maximum number of similar cards, so that later u can open them one by one, collecting pairs! Units from cards of weaker ranks – unite into stronger ones. Eventually that one who has a bright memory will be able to become a winner in this king match. After all the cards are sorted out, your army will go into this merge battle and attack enemy’s soldiers with your merge dinosaurs, if you win you will go to the next level!

The models of all the units involved in our merge game are very well drawn and each of them has unique characteristics (damage, defense, health). It is always very interesting to know who is the next fighter we will get after merging and who will get victory in this merge puzzle battle – T-Rex or Triceratops for example!

Merge monsters and fight, train your memory, the more pairs of identical cards you can remember and collect, the more chances you have to win! If you like to put together puzzles or games with dinosaurs this thing is exactly for you and u’ll be pleasantly surprised, because in the first levels there are dinosaurs depicted in pictures, but for a change, other units have been added to the game, such as ghosts, animals and inhabitants of the ocean! Memory game, puzzles, matching and merging – it seems impossible to put it all together, but we made it so that you get the most out of it!

🟢 Unforgettable 3D computer graphics, which is very unusual for this type of game
🟢Combining several different types of games into one (merging, remembering, matching, puzzles)
🟢Different collections of funny monsters
🟢Each unit has its own special characteristics
🟢Various levels of environment
🟢Easy way to train your memory
🟢Nice way to spend free time