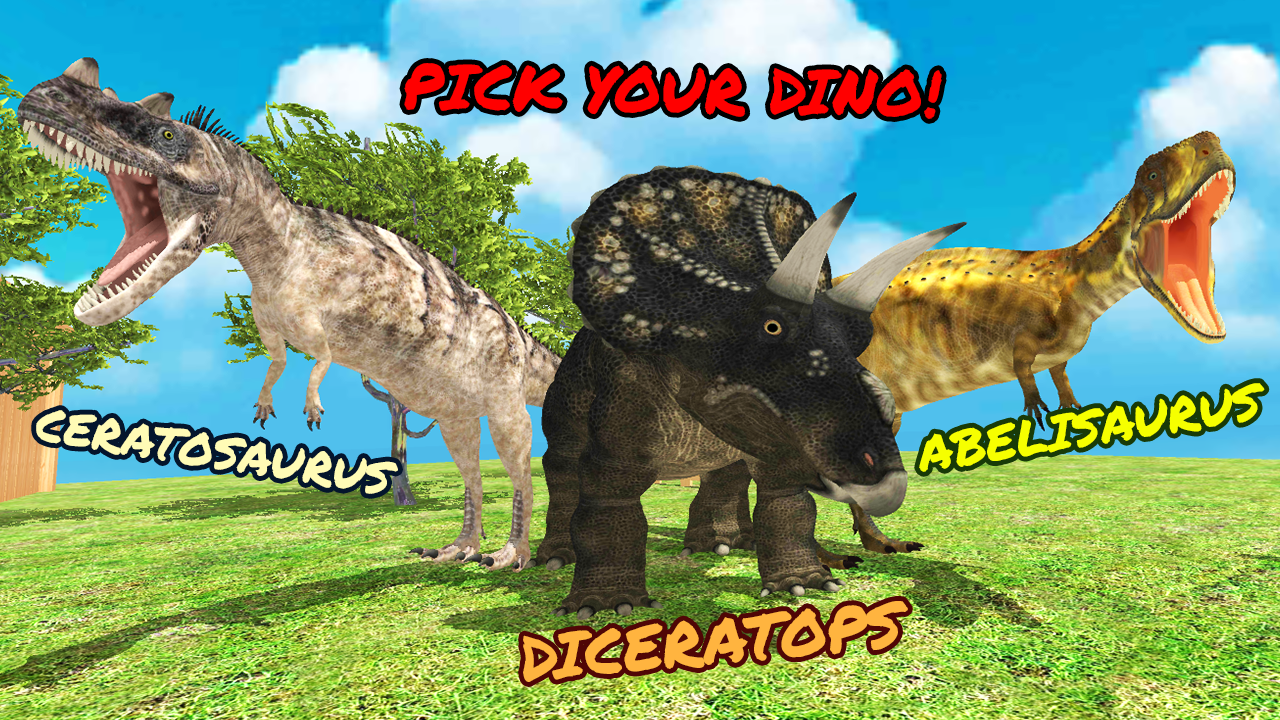 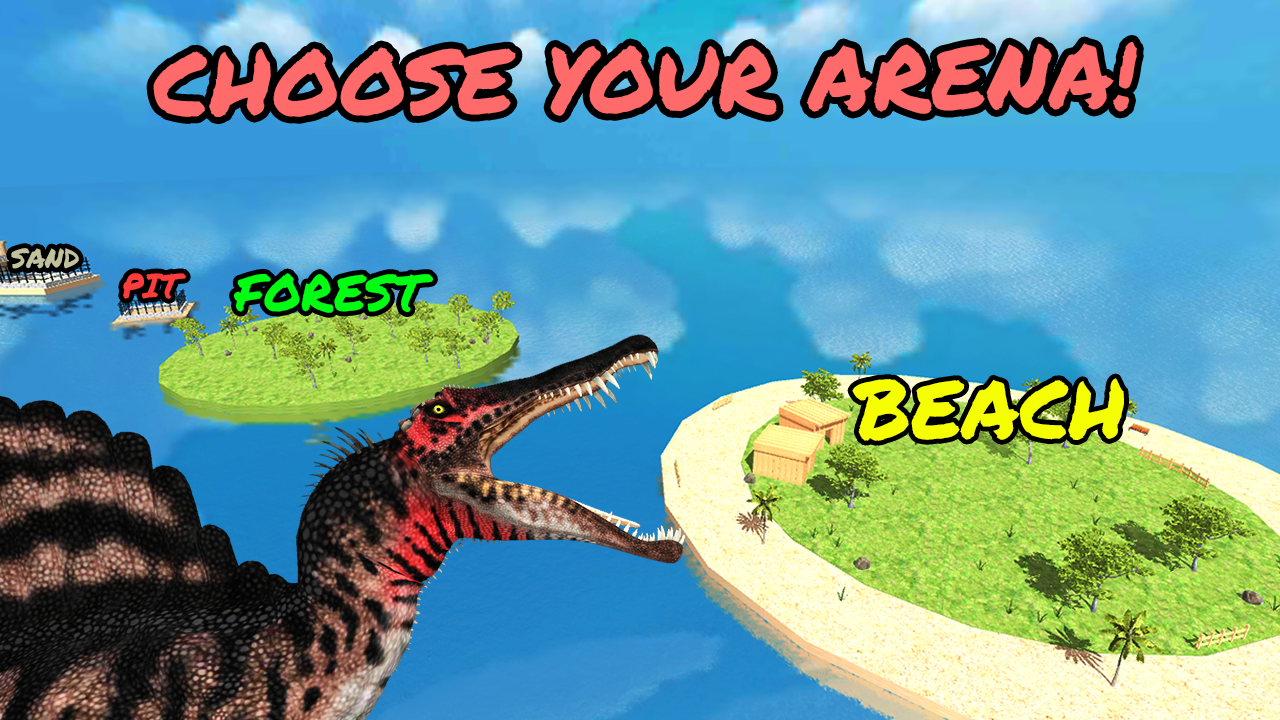 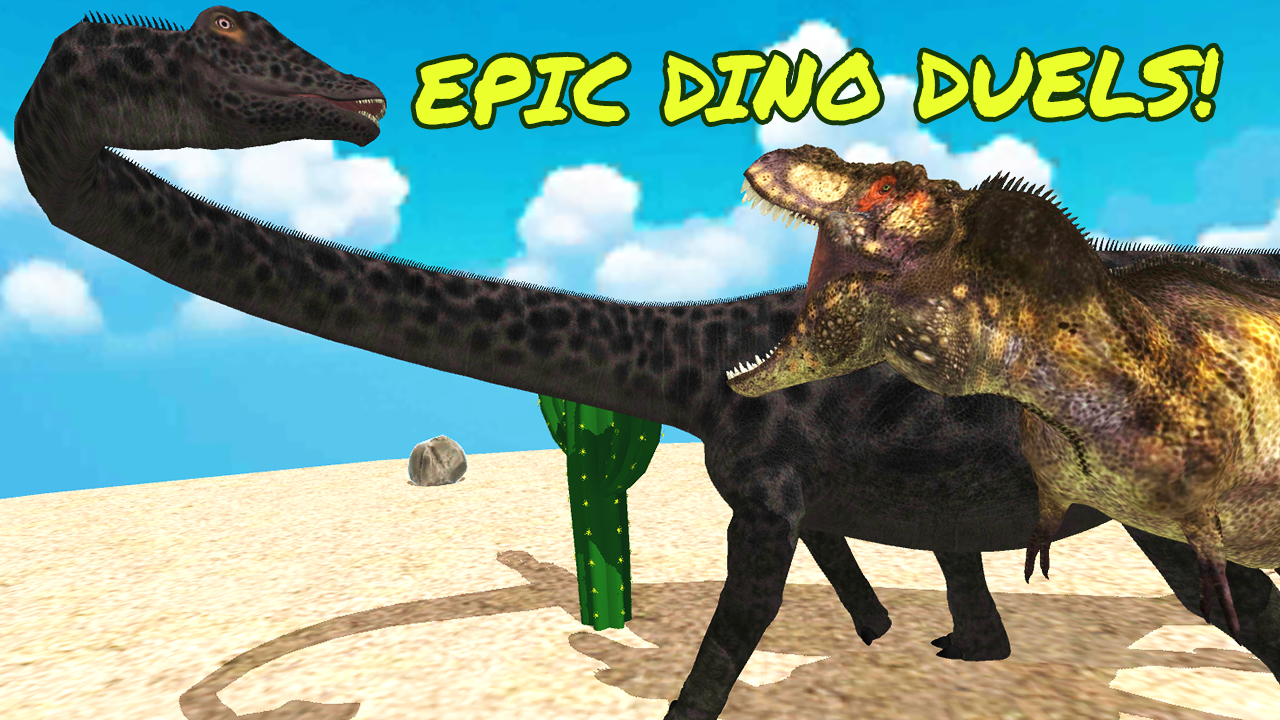 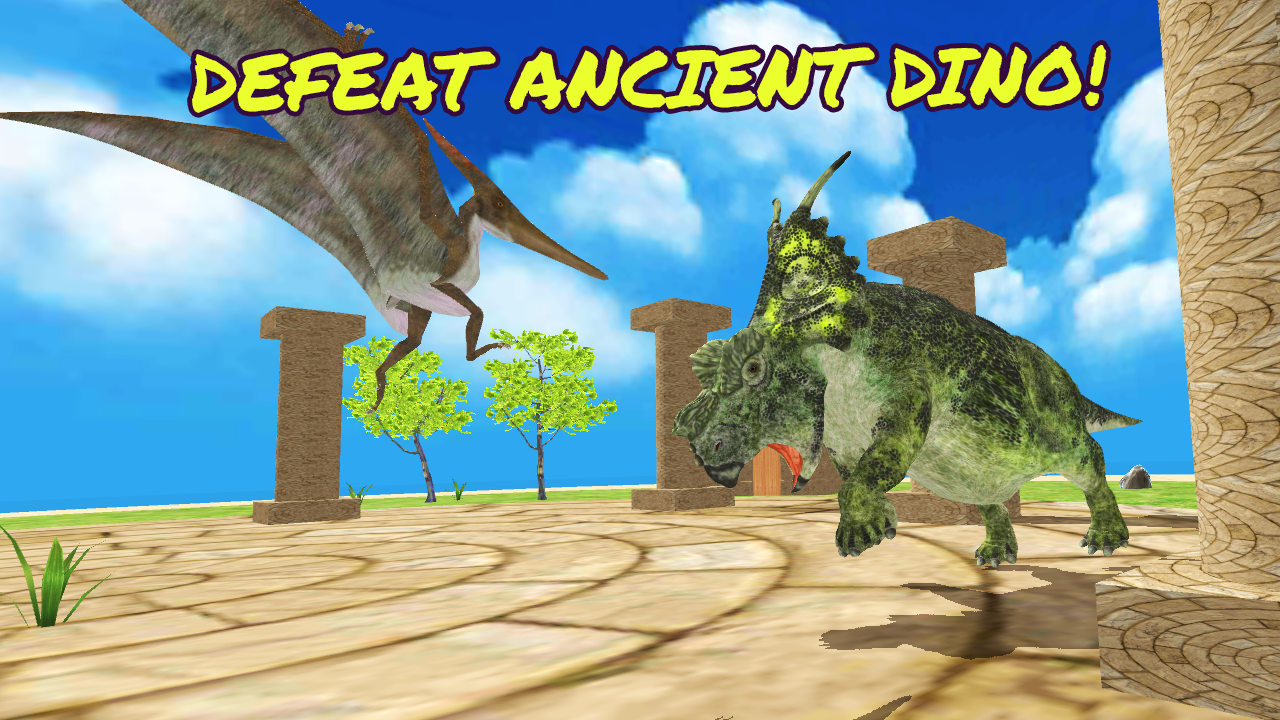 The dinosaurs are fighting each other in the arena!

There are three primal factions of dinosaurs: the mighty apex predators, the sneaky fast dinosaurs and the brutal herbivores.

The cretaceous apex predators such as Tyrannosaurus rex, Spinosaurus, Abelisaurus and Majungasaurus are dominating and invading the fallen world. Their domination is the cause of the fall of the old world monsters and caused mass extinctions. Alive and armed with dangerous teeth and jaws, they can tear and disarm their prey rather fast.

The triassic sneaky fast hunter dinosaurs such as Carnotaurus, Alioramus, Ceratosaurus and Pteranodon are opportunistic hunters. They are fast and take everything from scattered food and weakened prey. They leave no room for dino waste. They will strike as soon as tasty opportunity opens.

The jurassic brutal herbivores, such as Kentrosaurus (Stegosaurus evolution), Maiasaurus (Parasaurolophus evolution) and Diceratops (Triceratops evolution) are now fighting back against the apex predators who continuely hunting them to the brink of extinction. They use every of their primal weapons against the deadly carnivore dinosaurs such as T-Rex and Mapusaurus

While the wars are waging against each other and each of the dinosaurs are trying to become the most dominant dinosaurs, ancient jurassic dinosaurs such as Lost Achelosaurus, Fallen Anghanguera and Titanic Mapusaurus are awake and strike

Primal Tyrannosaurus Rex, the dino hunter king is on a mission to hunt every kind of jurassic dinosaurs and animals, when he met the giant Diplodocus and the scary Anhanguera, the dangerous dinosaur just awaken from its long slumber and now hungry for a fresh dinosaur meat.

The fallen world is a dangerous place for dino, even for the most apex predator.

How To Play:
– Use joystick to move around as any dinosaur
– Press attack button to attack other dinosaurs and destroy objects
– Press the skill to deal massive damage